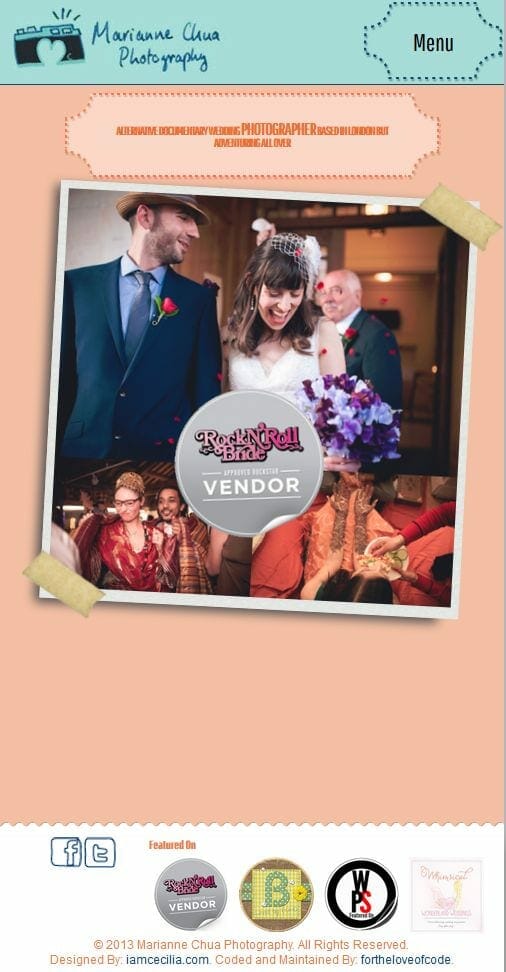 If you’re reading this, hopefully it means that my new website has successfully launched and my wonderful web developer hasn’t killed me! Welcome to the new home of Marianne Chua Photography, which was designed by Cecilia of iamcecilia.com and Martin of fortheloveofcode.co.uk. They are two friends who work together for a big company as a Senior Designer and Web Developer respectively and are looking to branch out as a freelance website team in the creative industry.

The process started with a meeting where I showed them the sorts of websites that I liked, and talked to Cecilia about my branding ideas. At the time, I sort of expected to get one of those “fun” email questionnaires that you used to get in the ol’ days where you were asked 100 useless questions like your favourite colour and favourite tv show, but instead Cecilia just took notes down and told me to leave it with her. Eek scary!

Before I knew it, Cecilia had sent me a first draft of the website, I was instantly impressed by the way she’d incorporated my ideas and personality along with her ideas. As my logo was hand drawn in ink, she came up with a kind of biro-doodle theme, complete with a cartoon mini-me. Also influenced by my film camera logo, we came up with the idea of having the photo galleries as rolls of 35mm film. 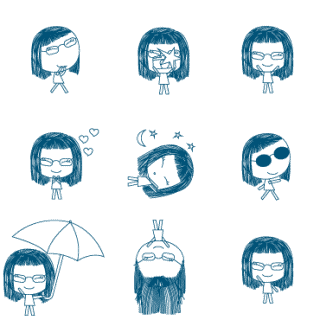 I really feel for designers and developers, because like many clients, I would have had ridiculous and sometimes impossible ideas in my head, so as well as doing their job, they also have to cope with reigning me in at every stage of the process and replying to barrages of emails starting with “Ooh ooh, what about this! What about that!”. It’s a process that is so personal and subjective, it’s wonderfully similar to being a photographer.

I was also seriously impressed with Martin who really cares about what he does, and like his net alias suggests, does this job because he loves to code. You can tell straight away that he’s super excited and passionate about coding, and he went above and beyond the call of duty. It’s clear that he wants the site to be amazing just as much as you, if not more. There were so many little things I wouldn’t have thought of that he included. For example, Martin explained to me that in the world where tablets and mobiles are being used as much as computers, it’s important to have a site that’s friendly to all platforms. Rather than have a separate mobile site, he’s made one site for me that has three optimised layouts which are triggered by the browser dimensions. 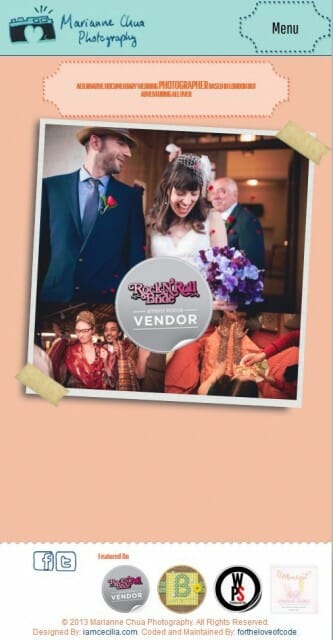 You can see the tablet and mobile versions just by grabbing the bottom right corner of your browser window and dragging it smaller. First you lose the film reel, and then you lose the mini-me and top menu.

Furthermore, for ultimate user friendliness, Martin made the photo galleries in not only the film reel style that Cecilia and I created, but also the option to toggle into a grid-like view all mode, AND a slideshow.

All in all, I would really really recommend my website team, you can hire either one or both and they will tailor to your exact needs. For example, they’re already working for my friend and fellow wedding photographer Laura, who already has her graphics and theme layout, but wants Martin to customise it to her exact specifications. With these guys, there’s no limits to what can be done.

P.S There are at least 3 references to my love of seafood, see if you can find them!