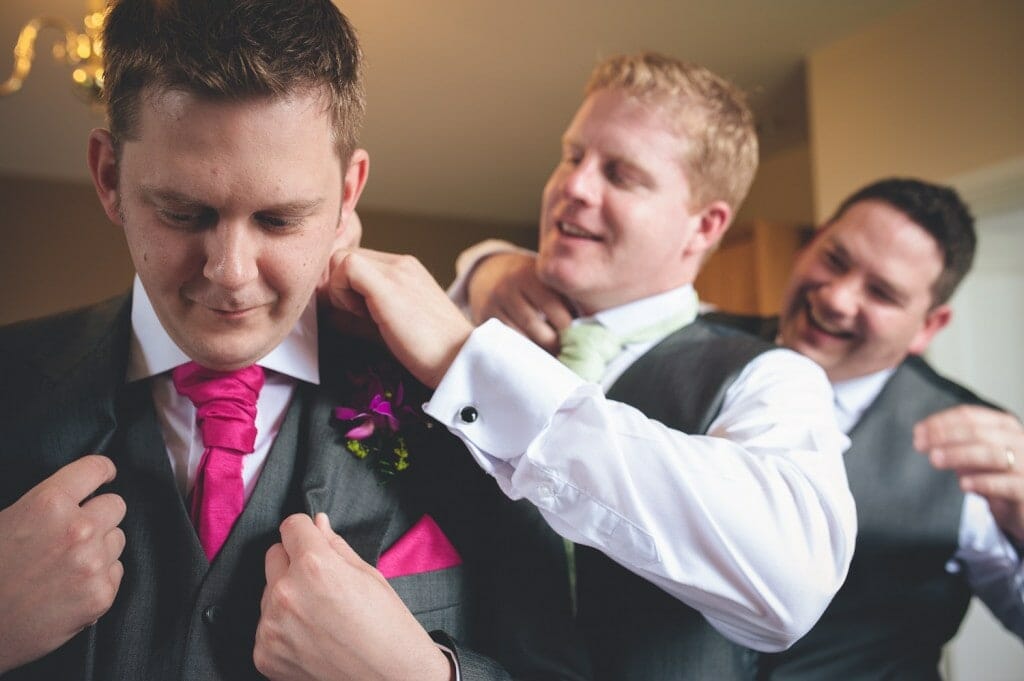 I’d like to talk about something that I’ve noticed over some time in the UK wedding industry and I think it’s due time it was brought up. It’s a phenomenon I’m going to refer to as the Bride-Centred Paradigm to save me saying The-way-in-which-we-seem-to-think-a-wedding-day-is-all-about-the-bride several times. (I apologise for using the word paradigm, I’m an academic and we use silly language).

The Bride-Centred Paradigm is a mindset we seem to have in the wedding industry where it’s all about the bride’s day. You know what I mean, it’s all the talk about how her wedding day is going to be beautiful and perfect and everyone is going to love her and her big dress. This mindset is evident in absolutely everything, from the way wedding magazines are pitched and the way suppliers advertise themselves, to how we talk about weddings between friends over the water cooler.

I first noticed the impact of this through looking at my own industry: wedding photography.

For a start, photographers will tend to shoot the period before the wedding which we often call “bridal prep”. “Groom prep” is seen as something secondary, something which if we are able to do it logistically and within time constraints, then yes we love to capture the groom getting ready. I feel this is only rather cultural, because in Asian weddings, the groom’s entrance is actually a pretty big deal and is given high priority in the morning photography schedule.

When solo shooting Asian weddings (something I wouldn’t really advise as it’s pretty intense!) I have had brides tell me that I need to get the groom’s entrance to the extent of putting it before her own getting ready photos. So clearly, photos of having make up applied isn’t a mandatory part of the wedding day memories, but instead something we accept as a norm. When I have had the chance to do groom prep, I’ve actually gotten some of my favourite shots from there, and there’s always a lot of potentially hilarious things to photograph. 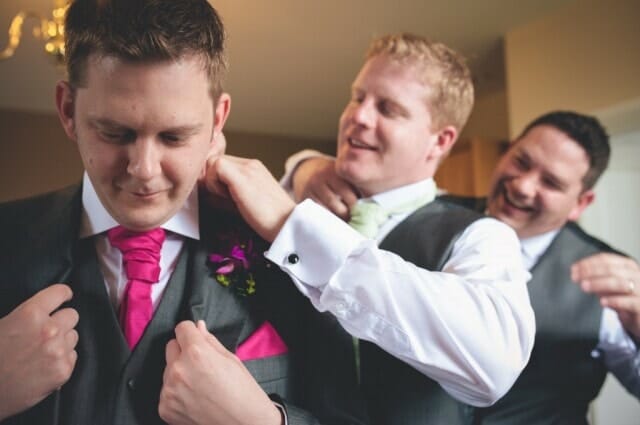 Secondly, when looking at actual photographs, I notice that a lot of couple shots kind of feature a composition style where the bride is central and looking at the camera, whilst the poor man’s head is cut off from the moustache upwards and he’s almost like a prop she’s leaning against. I mean, you’re marrying the man of your dreams and it’s a union of two but that all goes out of the window when you’re doing couple shots right? Now, I have to quickly say that I do realise this is one composition amongst many other couple photos, but let’s just say I’ve seen at least 8 photographer’s sites where their home page or wedding portfolio contains this kind of shot, so there must be a demand for this photo.

(See below for my mega professional hand drawn example). 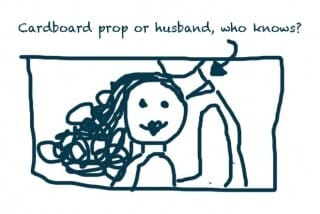 For me personally, when I get married, I’m going to be royally pissed if I get delivered photos where my new-husband’s head has been snipped off. I will be marrying him for many reasons and one of them will be that I think he’s a Fitty McVite, so I’d like to see his face in our wedding photos, thanks. Having said this, from the number of positive FB likes and comments I see on these bride-and-half-husband photos, I must be in the minority because many people do think these photos are beautiful. Or notably that the bride looks beautiful. Which again, says a lot about our current paradigm/mindset- that it’s perfectly ok to have a photo sidelining the man, but it’s much less common to have a photo sidelining the bride.

This sidelining is also evident not just in the individual photos, but also in the actual choices of photos included in a photographer’s portfolio selection. More often than not, you’ll see a portfolio lined with mostly couple shots, a lot of bridal portraits, and then a few groom and groomsmen shots. The thing is, photographers tailor their portfolios to what they think potential clients want to see, so how can you blame them if brides want to see photos of themselves swooning around?

But-but-but do women really only want to see photos of only themselves on their wedding day, or is it just what they think they should want because we present that to them? Furthermore, in this modern day and age, where there can now be two brides or two grooms, why is there still this conservative idea of the wedding day  being all about the bride?

Right now, you might be thinking, why does it even matter if the bride is the centre of a wedding, why are you even talking about it Marianne?

Well, firstly, I think this mindset affects how people behave, because as Psychology teaches us, our behaviour is shaped by perceived social norms. We behave how we think we should behave as dictated by examples set by others around us. Therefore, if the groom feels he’s expected to be unimportant in his wedding day, he will just take a back seat. The impact of this is SO evident in stories from friends, wedding forums etc. How many times have you heard someone complaining that their fiance isn’t being helpful and they aren’t doing anything? We poke and prod them into calling up suppliers and contributing to the wedding day, but their lack of motivation could surely be because of the feeling that the day is all about the woman anyway, and that she’ll organise and decorate it however she wants, so why should the guy even bother saying anything?

Furthermore, I think another impact of this Bride-Centredness is that it endorses the bridezilla mindset, which although is great on TV, isn’t actually great in real life and can ruin relationships with family and friends. I have actually seen someone write on a wedding forum:

Anyone who has had a bridezilla moment, ask yourself is it truly the case that you’ve been bottling up your inner bridezilla demons since birth and have been looking forward to getting married just so you could suddenly reveal your true nature to all your friends and family? Probably not, we’ve all known perfectly lovely, sensible, rational women who go absolutely crazy with the stress of wedding planning, and that their moments of insanity manifests partly because they feel, as the bride, this is their entitlement to smash the sample cake into their mother-in-law’s face.

And then this bridezilla attitude just feeds back round into the vicious cycle of a Bride-Centred Paradigm, because one of the reasons why the wedding industry caters to brides is because brides just seem to care a lot more about the wedding than the groom does. But then this only happens because we continue to feed this idea that brides should care and grooms shouldn’t. Which then leads back to- anyway, you get my point yet?

What can we even do to change this way of thinking, to get a more equal representation and involvement of both people in the couple? Well for a start, I think us wedding photographers could help by showing clients that, Hey Girl, your man is pretty important too. Including more groom-centred photos and groom prep shots into online portfolios could remind people that there’s two halves making a whole. It’s not a lot of effort, and I bet all of you have some Class A groom shots in your hard drives, so why not get them out and add a few more onto your portfolio?

Now, I’m sure I’m going to get a barrage of examples from wedding photographers and couples saying that they don’t endorse these ideas and that they are just as much about the groom, so I must hasten to add that this is a pattern that I’ve seen in my own clearly not omniscient experiences, and that these are just my opinions I’m voicing. Of course, there will be people who don’t  follow this mindset. I must also add that I am not immune to this, and can sometimes see slight bridal-bias in my own work, where the bride is centred and the groom is to the side (because I use a single-point AF on the centre) so I’m not saying that I’m not clear of falling prey to the paradigm myself.

However, I do try and be just a little bit conscious of giving as equal a representation as I can of the whole wedding day, making it about

two people coming together because they love each other, which is in my opinion, what a wedding day should be about;

And I hope after reading this, that it will spark some thought and debate between you and your friends.

What do you think about the Bride-Centred Paradigm? Do you think it exists? Do you want it to change?