A first look at the Fujifilm X-T3 mirrorless camera 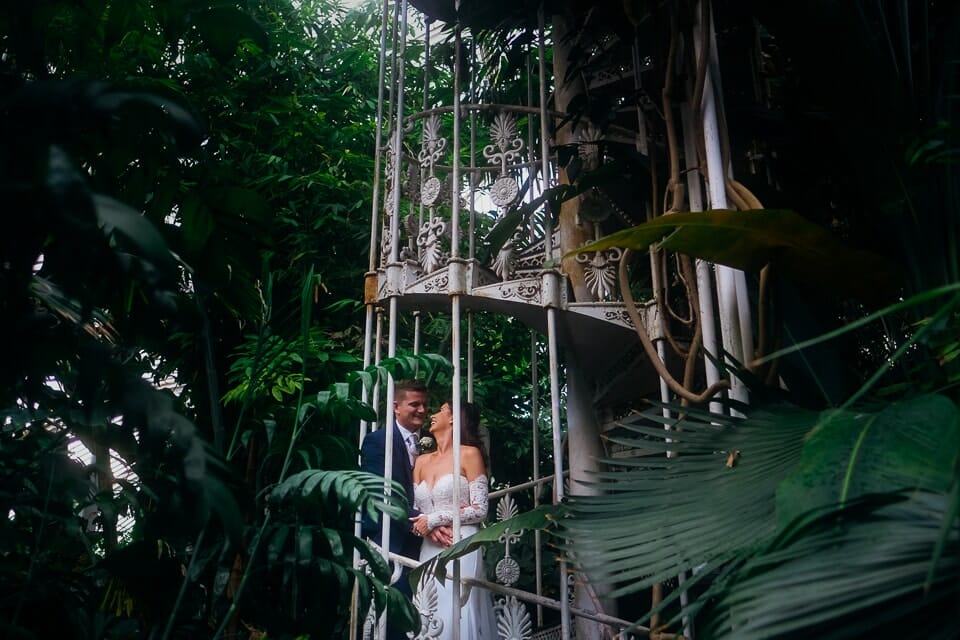 Yes it has two slots. 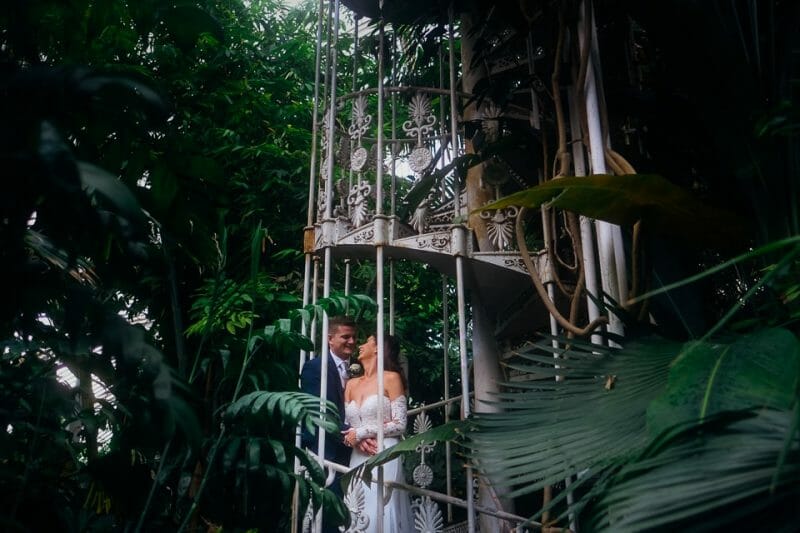 I’m generally pretty awful at keeping secrets and I only had to keep schtum about this for three weeks… my PB is 25 days so it was a close shave for Fujifilm. They very kindly let me bop about with a prototype of the Fujifilm X-T3 and I’ve had the chance to put together my thoughts and first impressions. Now, it’s mega important for me to reiterate that I was handling an unfinished prototype, so read everything with a mental disclaimer about how the final X-T3 will almost certainly differ yada yada, but I’ll do my best to make sure I add updates about any differences that I learn of. I know you’re already bored of my waffle so let’s just dive straight in with what you’re itching to find out- how does the X-T3 fare for wedding photographers?

Originally I had detailed a lot of the specs and differences first, but since that’s available on official sites now, I’m archiving that content to the bottom.

I don’t personally get which specific bits of the new tech are responsible for this, but it is DEFINITELY FASTER TO FOCUS AND MORE ACCURATE. The 56 1.2 will feel like a different lens altogether fo sho. Tres excitemente. To recreate a wedding processional/recessional I got a friend to shoot me (with the 56 wide open at 1.2, AF-C burst) both speed walking and running towards him like a tit, it’s got a pretty good hit rate as evidenced by this photo series. To see each of the photos in full size visit the XT-3 sample photo gallery. As you can see it only misses one about 2/3rds of the way in, and then one or two as it gets closer for the walking one, and then for the running it doesn’t miss any- I think my friend did change the AF-C customisation between the two so it clearly makes a difference! 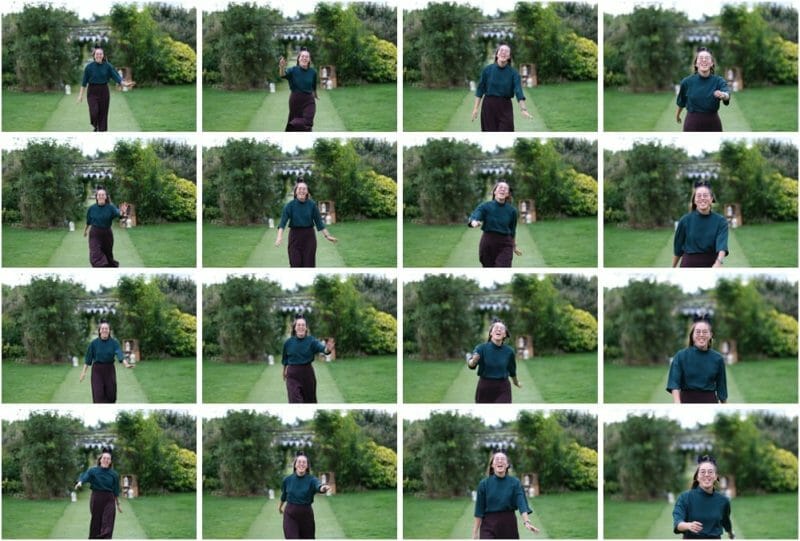 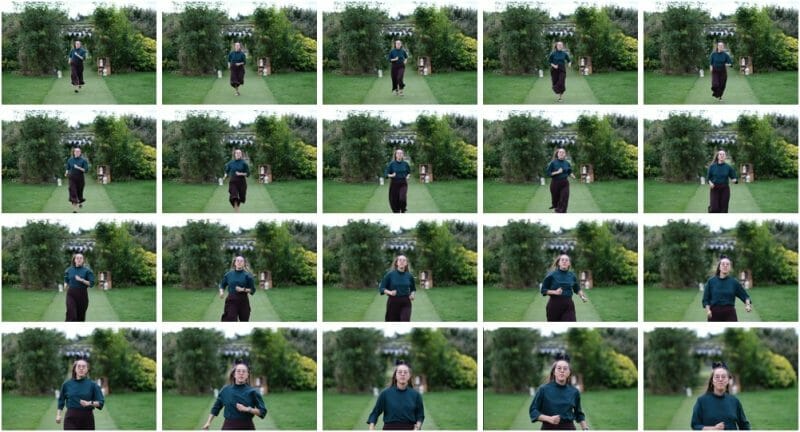 Also, the eye detect is substantially better. Even though it’s not a stacked sensor, something has definitely enabled the X-T3 to do more, I’d consider the eye and face options very usable now. My friend kindly let me play around with the camera at his wedding during the weekdays, I stood off to the side at this wildly terrible angle for the processional partly to stay out of his way and partly to see how quickly the X-T3 picked up the faces. The bride and her father stepped out of the hedge tunnel I just pressed the shutter in CH burst mode and as you can see it missed the first (focusing on the leaves behind) but got right in there within milliseconds. Noice. I’ll put the full size jpgs into the X-T3 gallery

Here’s a burst of photos I shot of myself in my bathroom mirror at 1am, using AF-C and eye detection. I’m rolling my head in a crazed manner to see if it’ll follow my eye. The surprise on my face confirms it works, although admittedly this isn’t the most taxing situation movement wise.

My main concern about the sensor was whether the film simulations and colours would be any different. I love the current Fujifilm colours and I don’t fancy losing that. I took some side by sides and I think the film sims are the same, but what you might notice is the EVF superior quality makes the files appear brighter when you’re checking them out on the back of the camera

The image detail is definitely better- on the back of the camera I can zoom in a lot closer (this will improve chimping abilities, I often check the group shots in between jusssttt to be sure) to check it out and it is visibly sharper. Check out the screengrab of this 1:1 preview on Lightroom. Heeeeeewooooooooowww! 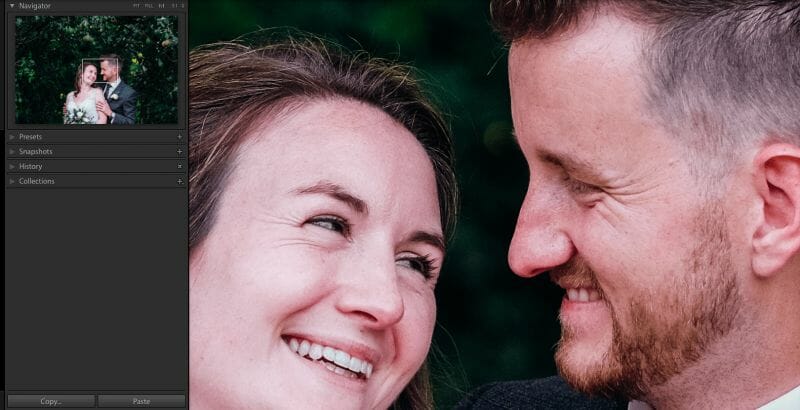 I’ve also added to this gallery a series of high iso files, taken of some classic still life objects chosen for their varying texture and colour. Some are in shite darkness, some are with window light so you can see it in both conditions, the exposures are based on what the camera judged to be accurate.

Will the X-T3 capture moments better?

There are two new functions which have the potential to really help wedding photographers catch those fast and fleeting moments. Firstly, there’s the sports finder mode. I was pretty intrigued by this- it looks at first like a similar perk of the X-pro2 OVF, where basically you can see the outer edges of the frame to time fast moving action coming into the shot, great for sports and also for street photography. It’s worth noting it means your image file is cropped, and the prototype would only produce medium dimension jpg files rather than large. I think it’d be good for when I shoot my running club races, but I would use it a lot more at weddings if I could be sure that it didn’t limit the image output and quality- I’m not sure on it for now, I’ll wait to see how it function in the final XT-3- but I do think it’s a useful feature for many.

Secondly, I think the pre-shot feature could be amazing, it’s basically saying it’ll cut out the delay lag between the half way-fully depressed shutter button. I didn’t get a chance to try this out as I didn’t understand what it was during the limited period I have the X-T3 for, but I am definitely going to give it a chance. 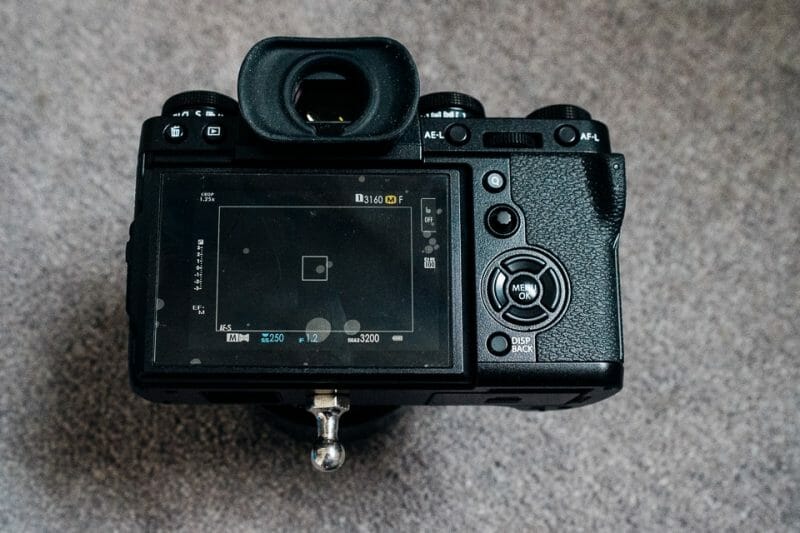 In the menu there’s the usual mechanical and electronic shutter but they’ve added a front curtain shutter- something I’ve never heard of before. A quick google told me that basically it’s used to reduce shutter shock with longer lenses, so I suspect this is built in to tie in with Fujifilm’s new 200mm f2. They also say that it produces a shorter blackout time. Hard to gauge how well it works reducing shutter shock but it does sound quieter than the full mechanical shutter. 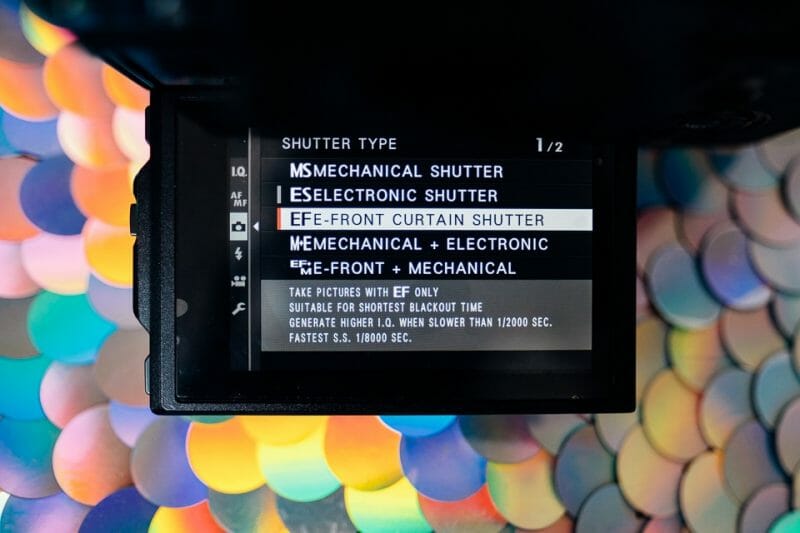 Yes, I am sure I will be making the switch as soon as Adobe release a Lightroom update for the new sensor files (which I have just been told will be ready for Sept 20th, a.k.a moolah day). For me the faster AF is super crucial and I like the extra detail and higher IQ of the new sensor. I will be constantly benefitting from the X-T3. I’ve also been waiting a long time for a usable electronic shutter without movement distortion since my friend Kari got a they-who-shall-not-be-named camera. I shoot both weddings and theatre productions so total silence and movement is key! I don’t know the price yet but I’ll update this review alongside any differences between the prototype and the actual XT-3.

*Update* There’s a few other features I didn’t get to try out but are worth looking at some of the other hands on reviews for, such as colour chrome, there’s yellow focus peaking too apparently.

Oh also, the X-T3 will be available to buy from the 20th September!

There’s over 60 touch and try days in stores across the U.K. and Ireland happening over the coming weeks- honestly if there’s anything I want to put across in this review it’s this: Go try it in person, you can read on paper that something is faster but I know it’s hard to believe it’s worth it unless you feel the difference yourself. I know doing two shoots with this camera was enough to convince me, but each photographers has their own priorities in what they want out of a camera. I definitely think this will be a noticeably improved tool for wedding photographers, but I encourage everyone to give it a whirl themselves. 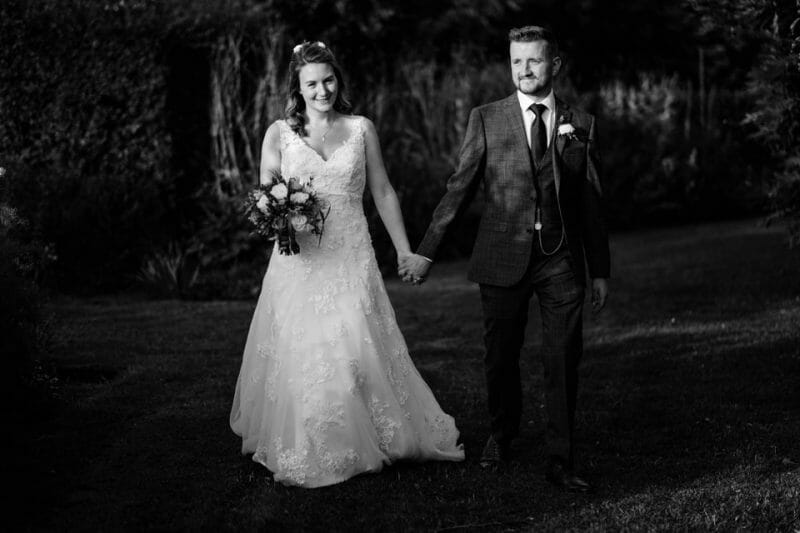 What rumoured features does the X-T3 have and not have?

I can confirm that the X-T3 does NOT have a stacked sensor. However, lots of the other rumours I had seen floating about at the time of writing this were largely true (and the really super recent Fujirumours article also looked accurate to me): 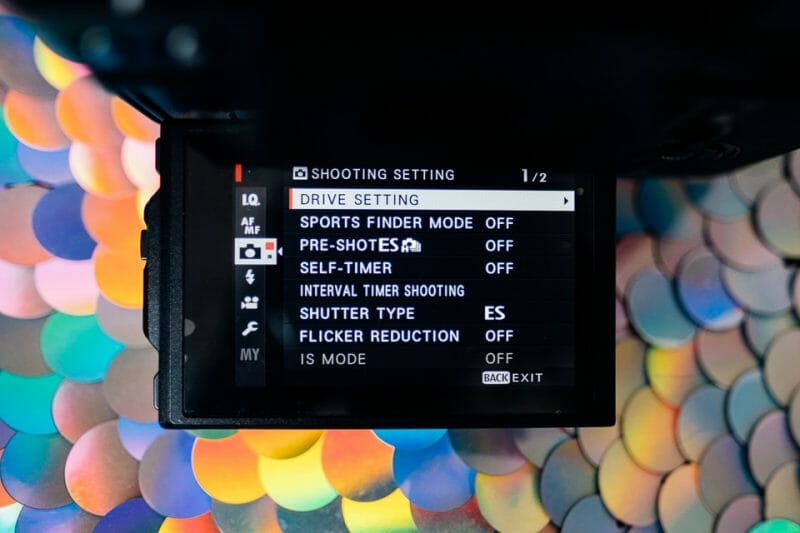 SO WHAT ARE THE NEW FEATURES WOMAN!!?? 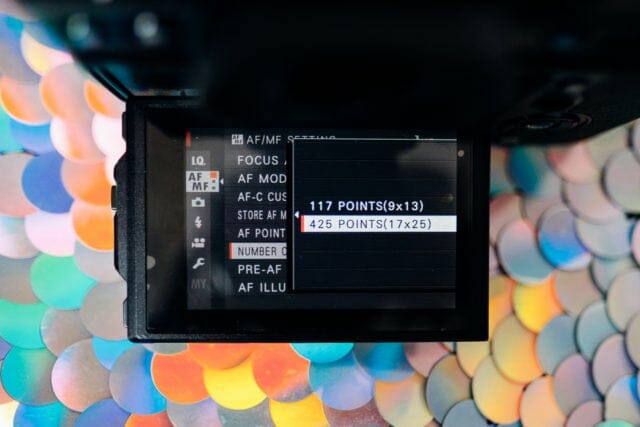 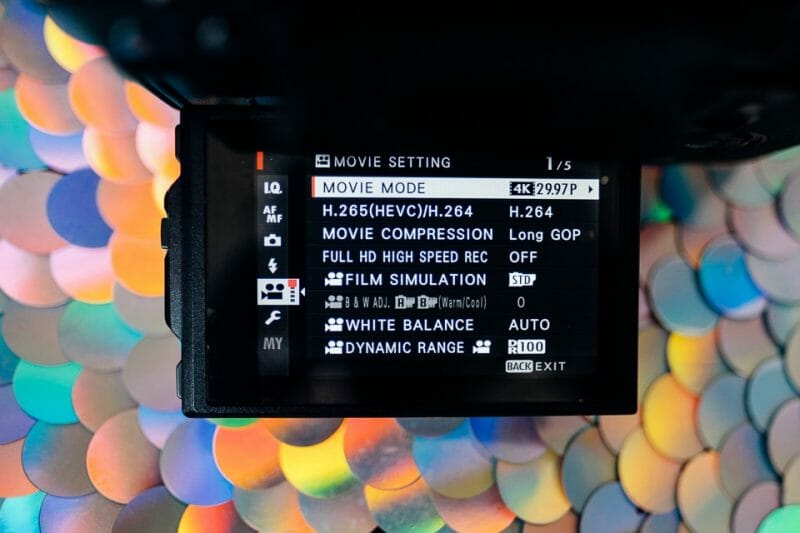 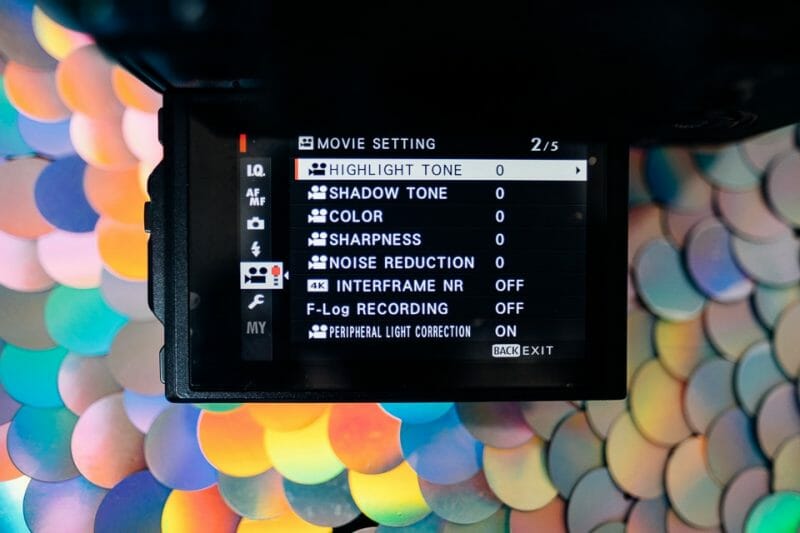 In summary, I would say the things Fujifilm have worked on that would interest wedding photographers are image quality, AF speed and technicality.

Changes to the Fujifilm XT-3 hardware

The new physical changes to the body, which are subtle and easily missable in your inevitable excitement, can be summarised as follows: 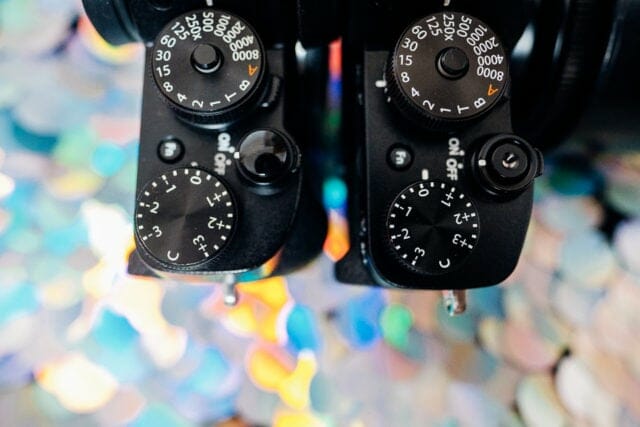 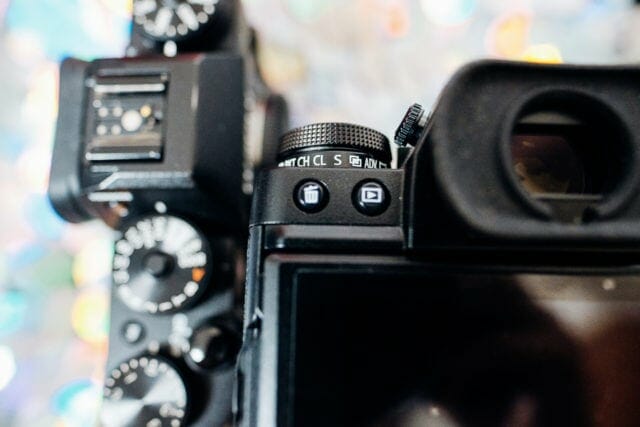 The diopter pulls out and locks

It seems like Fujifilm have listened to criticisms of the past XT bodies, yeay!