Camila and Ming-dat enquired with me through a friend for their Stoke Newington Town Hall wedding ceremony and wedding reception at Eight Moorgate private member's club in London. They opted to not have the prep photographed so I started the day with Ming-dat, his groomsmen and then their friends and family at The Rose & Crown pub which is opposite Stoke Newington Town Hall and very popular for people having weddings there! After a short spell at the pub, everyone headed over to the ceremony to join Camila and her bridesmaids who were wearing a satin and star wedding dress, and turquoise and fur shawls respectively. They had a concise ceremony with readings in both English and Spanish for Camila's family.

After the ceremony I headed to Clissold Park with the groomsmen and bridesmaids for some groom shots, which is next door to Stoke Newington Town Hall. I've shot a few Clissold House weddings myself as a recommended supplier there!

After the Stoke Newington Town Hall wedding ceremony, the couple hired half The Rose & Crown pub to have a quick canapes and drinks time!

Once it got to the evening, everyone headed to Eight Moorgate, a private member's club in Central East London where they had further drinks in a cool lounge decorated with vintage bikes, Damien Hirst installations and edgy photography and artwork signs. 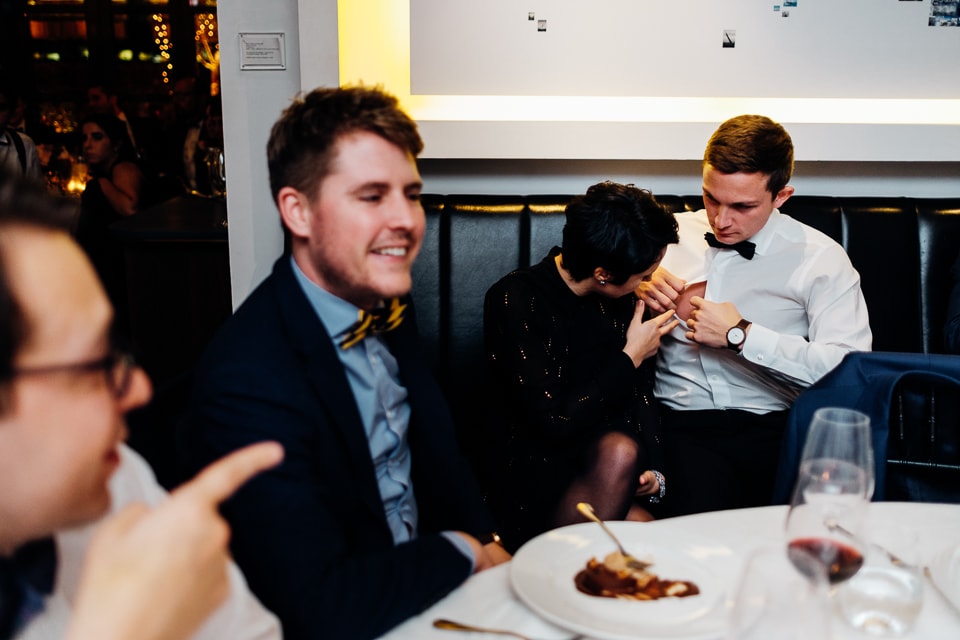 After dinner they had speeches from Camila's father, both Camila and Ming-dat and then his two best men. His best men absolutely knocked the speeches out of the park with a hilarious throw back to Ming-dat's secret modelling days, presenting Camila with a cardboard cut out and his work colleagues with Ming calendars!!

The party took place in a different room at Eight Moorgate, where Camila requested that I shot their wedding dancefloor in the style of a old Hollywood Studio 54 party!

This article was posted in Real Weddings, Stuff For Married-To-Be's. Bookmark the permalink. Follow comments with the RSS feed for this post.Post a Comment or leave a trackback: Trackback URL.