Wow. Just wow. I shoot a lot of amazing and unique weddings, but Ishbel and Kevin may go to the top of the list (it's a close call between them and Leanne and Kristian's cowboy wedding). Ishbel got ready with her mum and lil sis in the impeccable Goring Hotel and had a usual civil ceremony legal bit... but then the standard wedding timeline kind of stops there! As soon as the registrars left they had a very personal blessing a.k.a the Benremony carried out by their friend Ben who introduced them. This Benremony was a surprise for them too as they essentially let him do whatever he wanted! For the second ceremony, Ben emerged from The Asylum toilets wearing what I can only describe as Adventure Time leggings and a bright hot air balloon bomber. He also had a handmade flying spaghetti monster hat. The Benremony involved a goat called Hamish bringing in the ceremonial items, Ishbel and Kevin holding the spaghetti fronds, joining lego to symbolise their Kevbel union, an exchange of bangles they collected from a hike together and finished off with a group hug with all their friends and family.

After the ceremonies they had drinks and canapes before the speeches. They then had an intermission where some of their guests went to the Electricity Showrooms, down the road from the reception venue, the Hoxton Basement. During the intermission people had some food and drinks, with the rave at Hoxton Basement starting at 10pm. In the intermission Kevbel changed into wicked black and white party outfits, including a star spangled jacket for Kev (who changed out a wicked electric blue suit and wood style shoes). At the rave they had face painting, Kevbel face masks, a gallery of submissions from their friends of their relationship with Kevbel, a CD wall guest book and a four DJ line up! 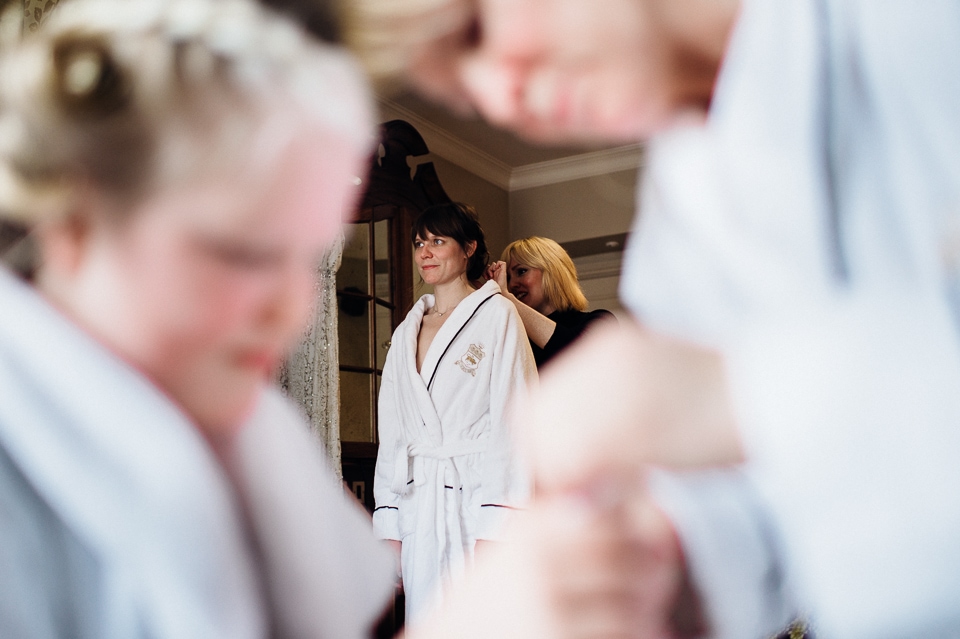 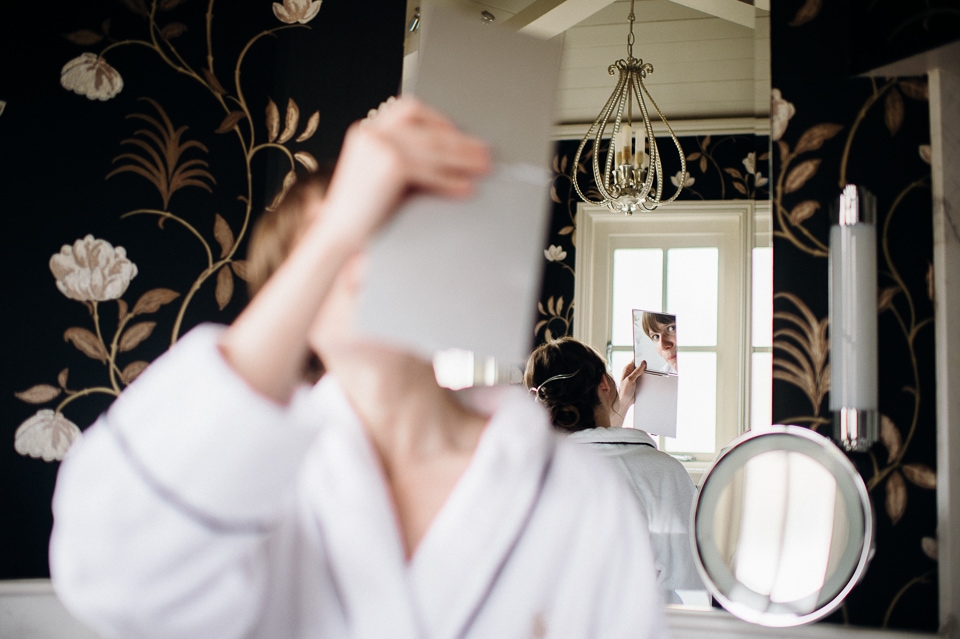 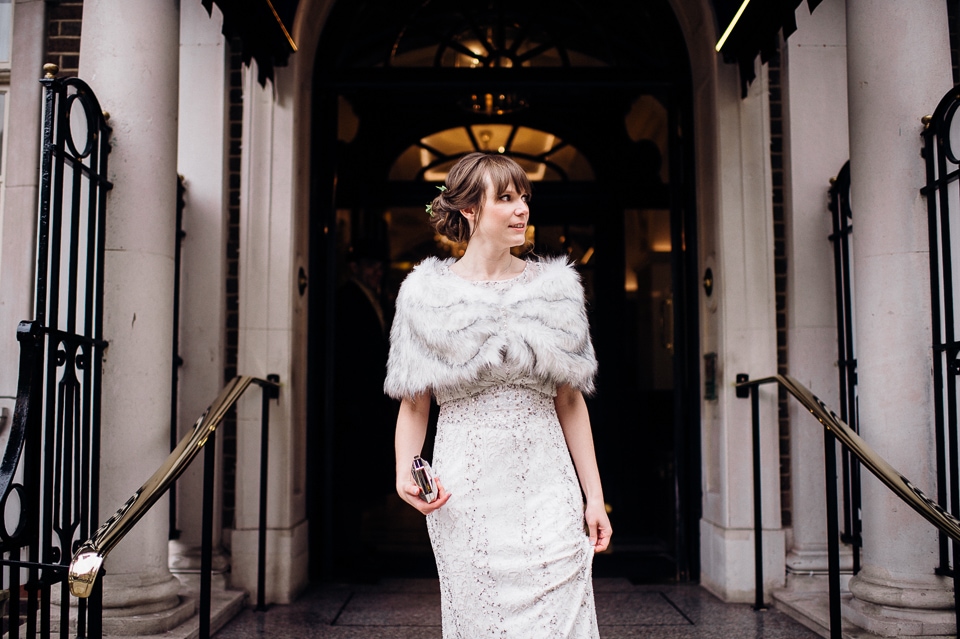 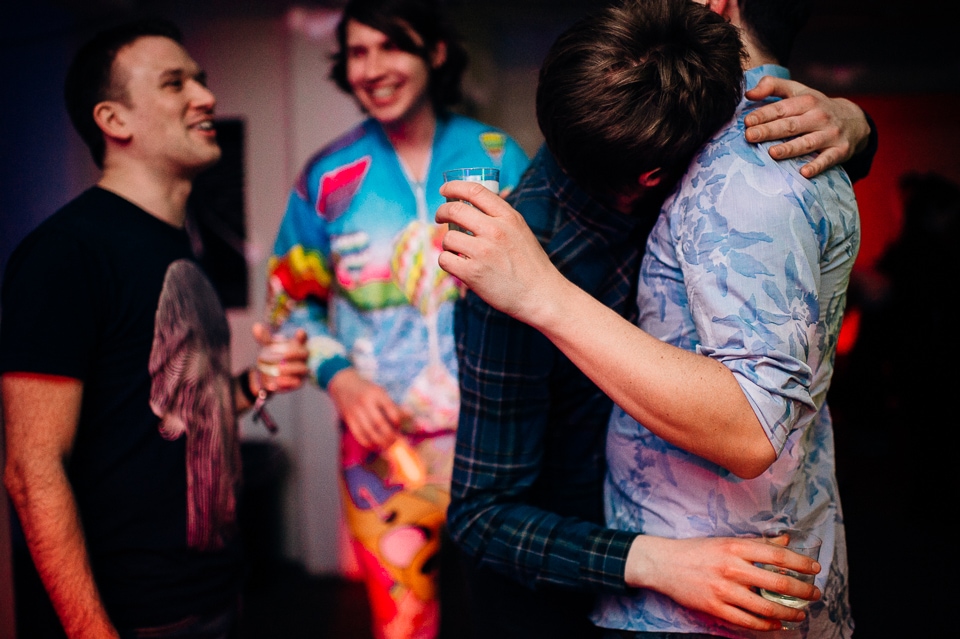 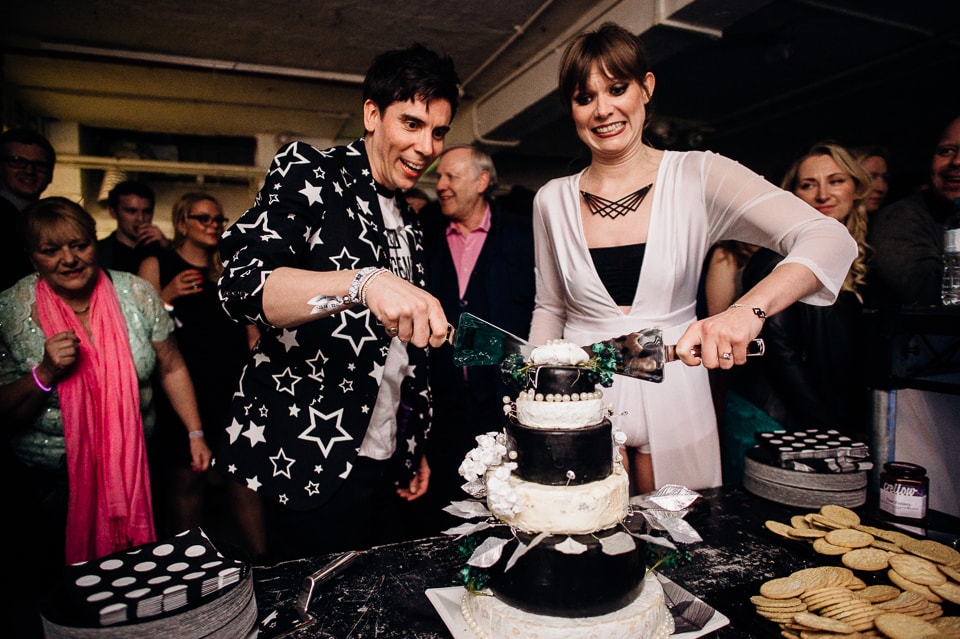 This article was posted in Real Weddings, Stuff For Married-To-Be's and tagged alternative wedding photography, asylum wedding, fun wedding photography. Bookmark the permalink. Follow comments with the RSS feed for this post.Post a Comment or leave a trackback: Trackback URL.