The problem with women in the photography industry

“I think we should start a project like “a DSLR that’s easy for women to use”.”- Nikon prez

Lucky us! Finally all of us professional female photographers can get to work! Up until now I’ve been using a cereal box to shoot because I didn’t like butturnz. It does sounds absolutely absurd right? Too ridiculous a PR fail to be true right? This is why I used the word “supposedly” above because this quote is translated by a redditor from the Japanese as shown below, and I would honestly LOVE to be forced to print a The Sun style tiny ass retraction statement if people who actually speak Japanese and English could come and say this is fake news! I am still holding out hope that someone is going to turn to me and say hey guys, don’t worry, they’re just looking to make the cameras in a super appealing range of colours like duck egg blue and earl grey, it’s nothing to do with the technical side of things, and they’re just gonna do a Bic pen move, which was totally legit. Anyone remember Bic gate? *spoiler alert* this is kind of like that.
Honestly, I’d rather have public egg on my face than have to face a reminder of the eternal reality that I put money in the pockets of people who look down on me like I’m a fucking imbecile. *UPDATE EDIT: Translation confirmed to be accurate, no eggs for me, see end of post for details* 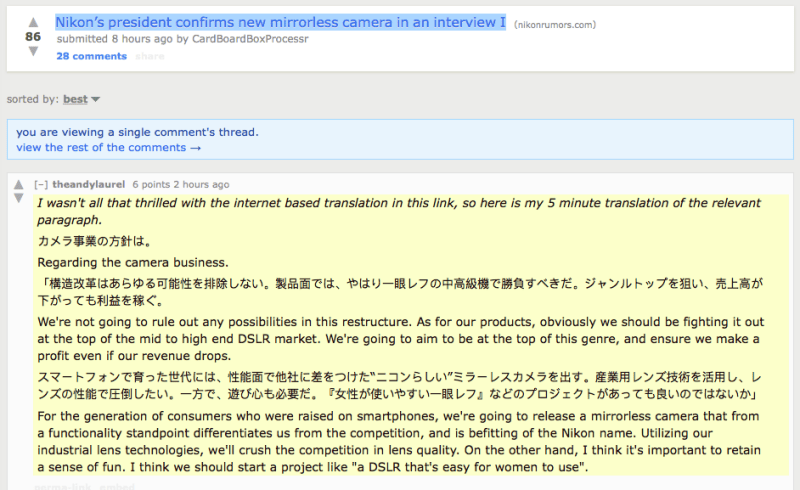 Now, in their defence I have had it highlighted to me by a friend who lived in Japan that there is a cultural difference in the whole gender shebang. OK yeah, I’m like a progressive culturally sensitive blah blah type, so it doesn’t shock me that I’m at least one of the more fortunate women in the world right now that I can even own a computer and be allowed to type my rage to the world, I’m very pre-Handmaiden.

But but but I say, Nikon is an international company, they sell their equipment worldwide and even have female ambassadors (ok, so only a few, that’s a whole other topic), so they obviously are aware of the miracle occurrence of owning a vagina and the ability to use a camera already. Also, is it not a sad indication of how far we have left to go if a country can be so technologically advanced, and have put so much time and thought into this field that they’re co-dominating their industry and making robots who can almost be humans, yet so socially behind that they can’t tune in and listen to a huge % of their already human consumers. Like, the current status update is “go away women I don’t have time to listen to your existence because I’m focusing on this totally ballerrrrrr machineeeeeee”. This is potentially the opening pre-credits scene for a Terminator style apocalypse, just saying.

I guess my point to this post is just a saddened, exasperated public plea (think the kids call this an open letter), in the wake of years of a multitude of big ass camera company PR fails, to

And I say this not because I think you should be giving us mad props for no reason, but because I genuinely think it makes business sense. Companies are like oh we market to men because that’s where the spending power is, that’s why we need tittays on the show stand. Helllloooooo, how many DVD covers feature a dude carrying champion levels of shopping bags with the subtitle “Do you even lift, bro?!”. 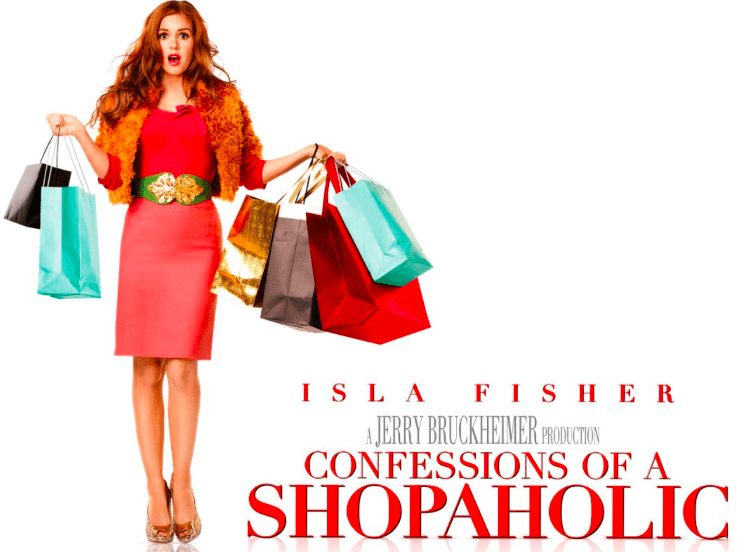 If you really believe in divided dual gender role stuff then surely appealing to female consumers is a logical choice? People say photography is still a male dominated industry (whilst simultaneously male photographers complain about MWACs and the rise of women with cameras fucking everywhere, honestly we’re like schrodingers immigrant guys!), but with adverts, trade shows etc. all aimed at men it’s hardly surprising. Women love taking photos, women apparently love spending money, all you need to do is connect up the dots guys!!

*Legally protective disclaimer: I await a second opinion on the translation, and I may have written this in post boozing haste, which explains any typos, because I would never ever fucking make a typo*

UPDATE: There’s been a lot of chuffage that the translation is probably wrong etc. My Japanese fluent cousin has confirmed the translation… “the way I interpreted it was…wouldn’t it be good if I/we start a project for a DSLR camera that women will find it easy to use”